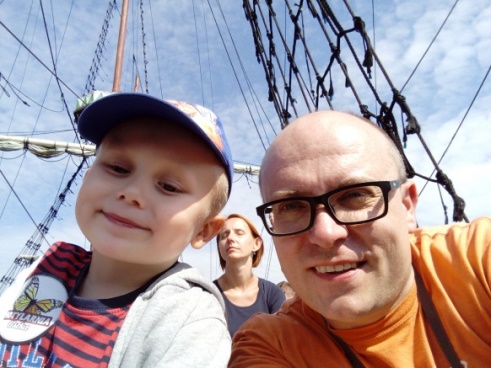 Robert Durlik (Warsaw, Poland) is this Issue’s Alpha-1 Leader in Action. He knows full well the challenges and commitment that is required to bring about awareness and positive change in his community. The idea of establishing the first Polish Alpha-1 association appeared toward the end of 2015, at the 2nd Central and Eastern European Alpha-1 Network Conference in Warsaw. Both Frank Willersinn, (Alpha-1 Plus Belgium) and Gonny Gutierrez (Alpha-1 Global) encouraged Robert to consider the possibility of forming an organisation. Shortly after this conversation, and thanks to some Polish Alpha-1 physicians, Robert received emails from patients who were invited to rally together, join forces, and form an Alpha-1 association.

Apart from complicated legal procedures, the association was finally established in November of 2016.  The members of the association appointed Robert to the position of president and the newly formed association went into action. In the weeks and months following, the team created a website and a Facebook group to help communicate their message and provide a way for other Alphas to connect with the Polish Alpha community. Slowly but steadily they are seeing the results of these two communication tools as the association now has more than 50 members.  During the upcoming annual meeting, they will continue in their discussions about future plans and the current problems they face concerning access to care and other important Alpha-1 related issues.

“I’m personally quite busy as I work as a lawyer in the Polish Parliament. This consumes most of my time. Additionally, I’m deeply involved in the problems of Alpha community as I have a 5 year old son who is a ZZ and is strongly affected with liver disease,” says Robert, an MZ himself. “I try to spend as much time as I can playing with my son, teaching him and showing him the beauty of the world.”

Although Robert is new in his role of president and to the newly formed Alpha-1 community in Poland, they are constantly making small steps forward and seeing positive results.  This year they will be able to print a brochure about the association and Alpha-1 Antitrypsin Deficiency Disorder. In addition to association information, it will incorporate content from the “Alpha-1 European Expert Group Recommendations”, “Guide for the Recently Diagnosed” and other relevant  documents; their intent is for the document to be short, accurate, clear and specific to Poland. The content is currently being translated and will be reviewed by Alpha physicians prior to being published.

“Over the last several months the association submitted letters to the Ministry of Health, the Drug Agency and Patient’s Rights Speakers in support of reimbursement for augmentation therapy. Unfortunately, negative recommendations from the Drug Agency were received and it isn’t likely to be reimbursed in the near future. However, the association is determined and won’t give up,” Robert stated with great determination. 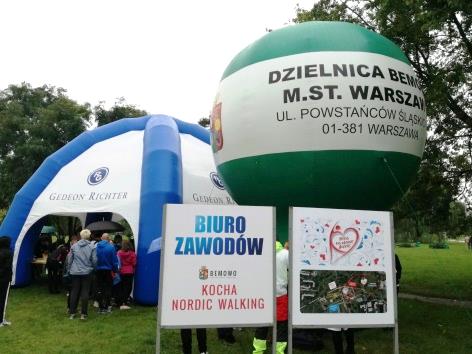 The Polish Alpha-1 Association recently supported the social protest against the raising of prices for some of the immunosuppressive drugs. The government cut the reimbursement of some well-known drugs and replaced them with generic drug products; this was heavily criticized by some doctors because there is no efficacy history for these new generic drugs.

“In addition to many other activities of the association, we are currently looking into the possibility of cooperating with a newly established foundation whose mission is finding cures for rare diseases. This cooperation will be support by the European Commission and is something we are very pleased with and excited about.”

Another activity the association members took part of this past weekend was the “Walk for New Life” 1km Nordic walk/run.  Its goal is to promote transplantation, identify future organ donors, and to pay tribute to the donors and doctors who make transplantation possible. Each year many famous Polish actors, journalists, sportsmen and celebrities take part in this event, and Polish Alphas were among many patients associations supporting this event.

Robert states, “For the immediate future I believe the most important challenge for the Polish Alpha-1 Association will be raising Alpha-1 awareness among patients and doctors. I also want to encourage ordinary people to believe that we can accomplish a great deal together, if we simply want to; and that it is good and rewarding to spend some of our free time for the good of others.” 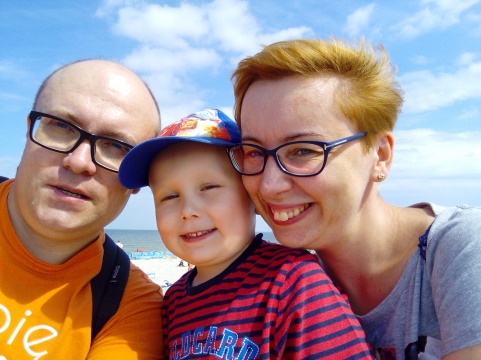 Robert was born, raised and currently lives in Warsaw, Poland along with his wife Kate, and son Franek.  Robert has been a member of the Alpha-1 Global Steering Committee since 2016.

Information about the Polish Alpha-1 Association can be found here.