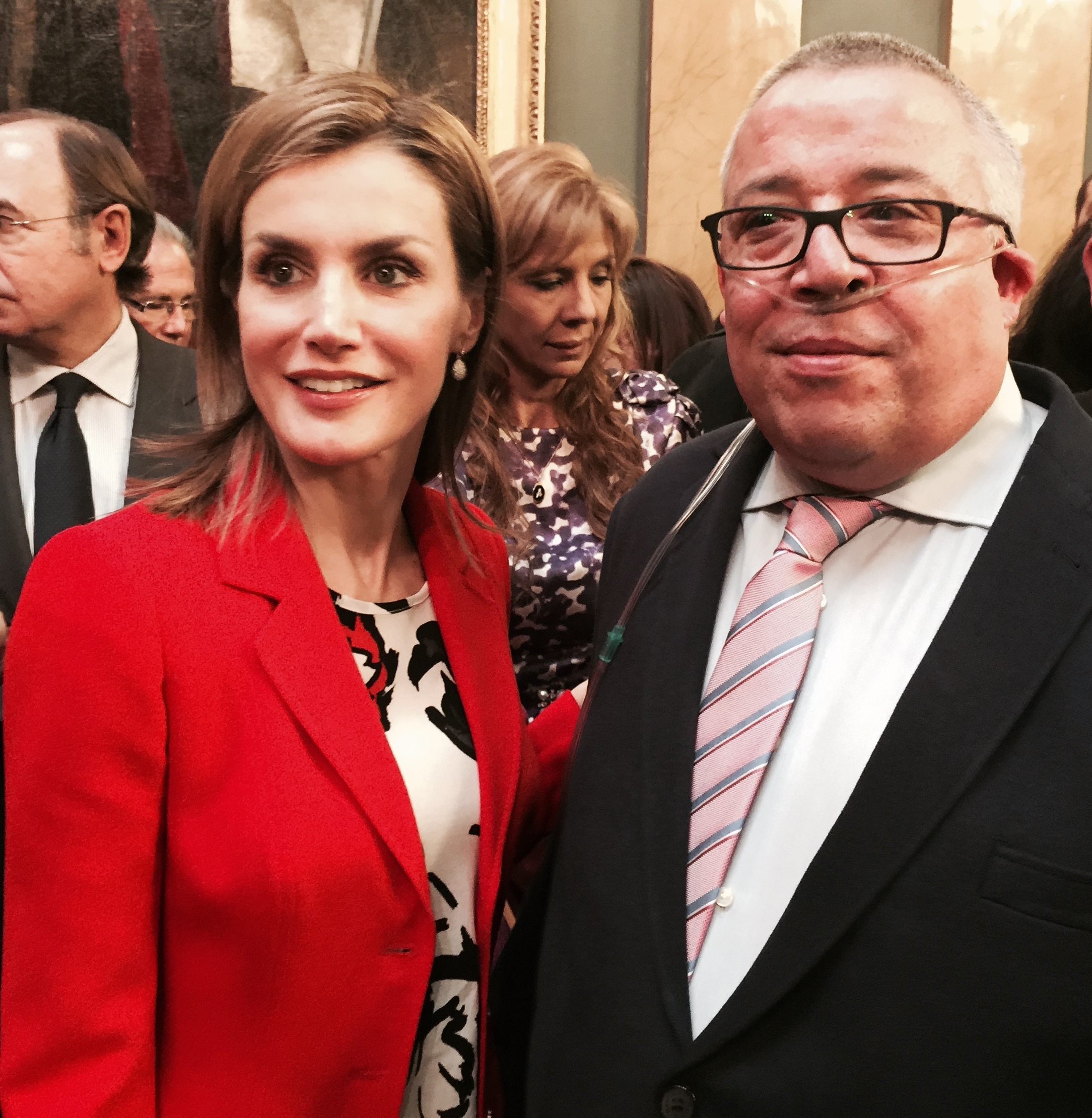 Mariano Pastor (Madrid, Spain) has been the president of the Spanish Alpha-1 Association since 2011. He was diagnosed with severe COPD in 1996, at the age of 31, but he didn´t know that he was suffering from Alpha 1 Deficiency (ZZ) until he was 38. One of his principal aims as the leader of the association is to promote early diagnosis.  “I don’t want anyone to have to wait nearly 8 years to receive an accurate diagnosis.” Mariano says, “Looking back, I see those 8 years as a significant loss of time for the health of my lungs.”

After the diagnosis, Mariano had to fight very hard to obtain augmentation therapy; this took place at a hospital and medical environment that still didn´t recognized the great benefit this therapy provides for patients. Mariano recalls, “I realized the great importance of self-advocacy and how this fight can create strong bonds among Alpha-1 patients.” One week after his diagnosis, Mariano joined the Spanish Alpha-1 Association and two years later became a member of its Board of Directors.

Mariano took the reins of the association which was founded in 1999 by a small group of patients. The group had grown and recognised the importance of Alpha-1 awareness throughout Spain, as well as the power in networking with other Alpha-1 organisation in other countries. Mariano and the Board of Directors decided that it was time to focus on strengthening the association and supporting Alpha patients and those who had been newly diagnosed.

“This work has had good results: our Association has almost doubled its number of members, the participation is increasingly high, and we have a large group of very active patients in nearly every region of Spain. I know we still have a lot to do, but now I feel we can accomplish our goals because we have many people aiming to support and working together to benefit the Alpha-1 community. We are fortunate that our Association is made up of a large group of friends who share common concerns and joys”.

In the last few years, the Spanish Association has concentrated its efforts on the development of solid communication channels to help facilitate the relationship between 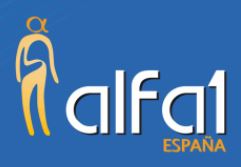 current Alpha patients and those who have been recently diagnosed. Strong relationships have also been established in hospital networks, research teams and organizations working in the field of Alpha-1 and rare diseases in Spain.

A new Alpha-1 poster and an informative brochure are now being distributed in hospitals and primary care centres throughout Spain.  Additionally, videos involving specialists and patients, and a new website (including the latest Alpha-1 information and resource guide) is also being made available.

A big project that the Association is anticipating and planning is to walk part of the Camino de Santiago in 2018.  The aim of this project is to bring about awareness of Alpha-1 as well as the importance of regular exercise for COPD patients. After having been approved in the last Assembly of the members of the Association, the project is to include not only those with Alpha-1 but also those affected by COPD.

Mariano summarized the event by saying, “For us the Way is more than a project. This is a special opportunity to be among other patients on a thousand-year-old route that since the Middle Ages has united all the peoples of Europe. Today, the Camino is being walked by people of all ages, backgrounds and conditions, from all over the world, regardless of origin, motivation or religion; and we, Alpha patients, want to walk it as well”.

For the Spanish Association, walking the Camino will not only be a fantastic way to bring about Alpha-1 awareness, but more importantly, to encourage patients to exercise every day. Those who join the project will need to exercise daily for months. The Association is planning the Camino for the last week of August, 2018. Alphas from all over the world, their family members (including children) and friends are all invited to participate. The walk is expected to be between 100 and 150 kilometres and will reach Santiago de Compostela fulfilling all the rites of the pilgrims. Not all of our participants will be able to walk the entire route, but the Association is planning the Camino walk in such a way that everyone can participate at their own pace and for as many miles as they choose.