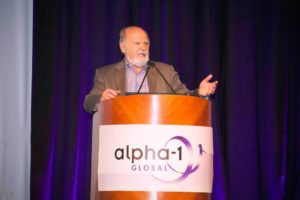 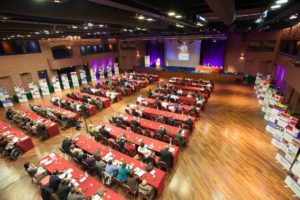 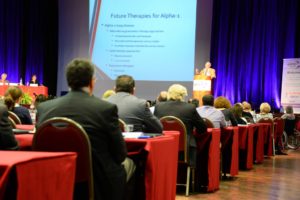 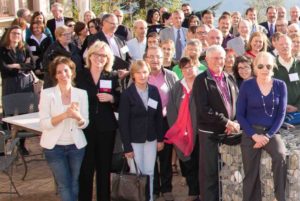 The 5th Alpha-1 Global Patient Congress in Barga, Italy, held April 9-11, drew 200 people from 26 countries to hear renowned Alpha-1 scientists, clinicians, experts, industry partners, patients, caregivers and family speak on the status of the latest research, the regulatory framework for licensing therapies for rare disease in Europe, the status of patient registries and ways to strengthen the Alpha-1 message globally.

The Congress was the first organized by Alpha-1 Global, a program of the Alpha-1 Foundation dedicated to building a collaborative network of organizations for patients and their families worldwide. It was launched as a result of the Barcelona Congress held in 2013, where attendees decided to create a way to encourage communications between Alphas around the world. Since then, a website has been launched as a global platform to support the community with digital tools and content.

Congress attendees agreed that Alpha-1 awareness is still the most pressing need for their communities across all countries. Early detection and advocacy, and access to improved care standards, especially augmentation therapy, were the top priorities, followed by the need to support an international patient registry and share useful resources within the global community. 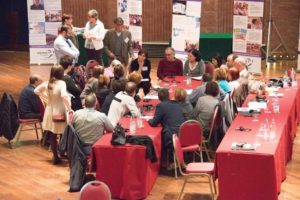 To meet these goals, the attendees agreed to work together worldwide with commitment to take the next steps on this road-map: a three-year strategy that includes working on a global awareness campaign to develop and meet the needs of Alpha-1 community worldwide.

The 2nd Biennial International Research Conference on Alpha-1 Antitrypsin Deficiency, held in conjunction with the Congress, focused on innovative concepts in the mechanisms, monitoring and treatment of Alpha-1 liver disease and other systemic research.

The Alpha-1 Global Village was a key feature of the Congress, giving patients from different countries a meeting place to ask questions and share their experiences in patient organization and advocacy.

Congress sessions covered topics that included the need for improved training and support for countries in establishing support groups, and overcoming the difficulties faced in accessing augmentation therapy where treatment has not yet been approved. 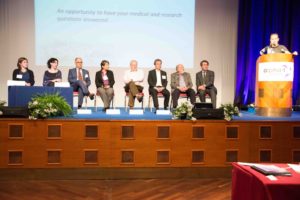 The Congress began on the evening of April 9 with a touching tribute to the memory of two important figures who have recently passed away: the prominent Alpha-1 Researcher Maurizio Luisetti, MD, of Pavia, Italy, for his outstanding scientific achievements, and Mario Ciuffini, formerly a key figure in the Alpha-1 Italian Patient Association, for his significant contribution to awareness about Alpha-1.

Alpha-1 Foundation President John Walsh and members of the Alpha-1 Global Steering Committee welcomed attendees on Friday morning and updated them on the status of the global patient community. The data offered by Marilyn Black (Australia and New Zealand), Mimi McPhedran (Canada), Henry Moehring (U.S.), Guillermo Menga (South America), Joanna Chrorostowska (Central Europe) and Catarina Pyrrait (Western Europe) highlighted widespread underdiagnosis and lack of awareness of Alpha-1, but also reflected the steps already taken by participating organizations in building the patient community and increasing advocacy in each of those areas.

New gene, molecular and stem-cell therapies on the horizon related to liver and lung diseases were presented by Drs. Jeffrey Teckman, Matthias Griese and Jonathan Edelman, who talked about future possibilities for treating liver disease; the lung disease session covered future therapies and the efficacy of inhaled and intravenous alpha-1 antitrypsin. Teckman is the lead investigator of a five-year, multi-center adult liver study in the U.S., currently enrolling participants.

Laura Fregonese, of the European Medicines Agency (EMA), spoke about the scientific and regulatory pathways for new treatments for rare diseases. 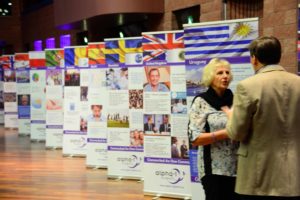 Kenneth Chapman, MD, of the Canadian Registry; Iliaria Ferrarotti, of the Italian Registry; Robert Stockley, of the Alpha-1 International Registry (AIR); and Charlie Strange, director of the Foundation Research Registry, updated the current situation of research registries and the need for collaboration across the patient, clinical and the scientific communities. The topic, with its issues in improving data collection, data protection issues across countries, funding and management, is considered essential in the Alpha-1 community to improving opportunities for research and development of new treatments and the understanding of Alpha-1.

The sessions on Saturday focused on ways of building up sustainable organizations to strengthen the Alpha-1 message and reinforce patient advocacy. Johan Prevot, of the International Patient Organization for Primary Immunodeficiencies (IPOPI), and Shane Fitch, of the Lovexair Foundation based in Spain, offered different ideas for developing solid patient networking and communication strategies focused on raising awareness, detection and access to care.

Networking sessions emphasized efforts to engage teens and young adults, and support Alpha kids, a concern that was also discussed at the 2014 Alpha-1 National Conference.

The day ended with a productive session of networking among several groups representing Latin American countries, Central Europe, Australasia and
North America on the next steps to take for the Alpha-1 global patient community. Walsh summarized the suggestions of the community, highlighting 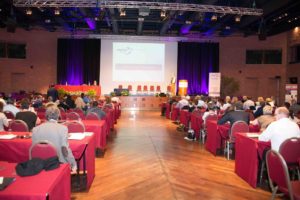 the need for delivering a global awareness campaign; sharing information to facilitate the creation of new national patient associations; working towards an international patient registry; and creating strong relationships between physicians and Alpha-1 patients in order to progress positively in the future on better diagnosis disease management and registries.

The conference, which included 17 speakers and about 15 discussion participants, along with other attendees, addressed three topics related to Alpha-1 lung disease: basic mechanisms, detection and treatment.  Wanner summarized six new scientific findings presented at the Conference that he said will advance Alpha-1 research and move closer to new treatments and a cure: 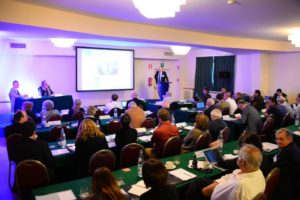 The individual papers presented at the Conference will be published in a peer-reviewed journal to be announced, Wanner said.