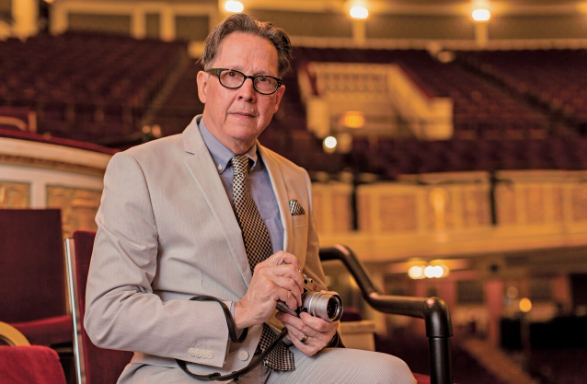 Hello, I would like to introduce myself, my name is Richard Lovrich and I am the leader of the newly formed New York Capital Region Alpha One Support Group. I am a ZZ Alpha, diagnosed in 2011 but my history with Alpha-1 Antitrypsin Deficiency began long before I knew of its existence.

As a child I suffered from asthma, with both allergy and exercise triggers. Despite a life of exacerbations, pneumonia and a general inability to rebound from attacks, no clear diagnosis was forthcoming. Indoor outdoor exertions, winter weather,   change of  season,   exposure to  animals,   mold and grass;  each trigger in turn had ruined a vacation,  school day,  a date, or made a work assignment more difficult.

Simply avoiding triggers was no longer enough, nor good enough excuse, for how my life was being effected by increasingly severe and persistent respiratory ailments.  Finally, well into my fifties, my physicians suggested that I be tested for a rare disorder; they admitted it was unlikely that I had. I tested positive, and armed finally with an accurate diagnosis, began receiving augmentation therapy and tailoring a more effective medicinal regimen to my new status.

I attended Manhattan’s Parsons School of Design, where I studied photography and graphic design. Seeking more serious training than was offered there at that time, I escaped the halls of higher learning, for a full time assisting job with a very busy fashion photographer, the late, great Ted Hardin. The many hours of lighting, set-up, shooting sessions and endless hours of darkroom work took their toll on my breathing.  Now, with clients of my own I established my first modest Manhattan photo studio growing into a five day-a-week shooting operation, servicing clients in banking with leading client Citibank, as well as assignments in pharmaceuticals, manufacturing, cosmetics and fashion.

Gradually, my work branched out from simply photography, to film, audio visual, and event design. I was very honored to be chosen to craft and coordinate the creative for the opening of the first American store to open in Moscow, after the fall of the Soviet Union, for clothier Botany 500. When I first arrived, I observed but one, decorated-by-advertising, shop window in the whole of Moscow. How times change. After successfully completing this project I returned to Russia to pave the way for Secretary of Commerce Ron Brown’s first official visit to The GUM in Red Square; the site of The Botany outlet.

At 40 and finding myself a single father with two young girls, I was attracted to the Capital Region of New York, for a yard, space, and a new life with fashion stylist Lynne Signore Lovrich. I commuted to NYC for photography and production assignments. In time, the realities of a three hour commute for every meeting struck home and I accepted an assignment at the The Albany Times Union, where I was hired in 1996 as an editorial artist. I rose to the position of the newspaper’s first Art Director, and the first artist to win the paper’s and Hearst’s coveted Eagle Award, the highest recognition for an employee in the Hearst Corp. I continued creating and managing the production of original and award winning print product until, with the newspaper business in a creative quandary, I chose to leave for a greater challenge.

In 2007 I began working for Proctor’s Theatre, in Schenectady NY, as Art Director, crafting, launching and nurturing an updated identity for that beloved theatrical institution on the brink of its new and exciting future. Now at newly branded Proctors, I serve as the Creative Director of the rapidly expanding family of properties at Proctors. I also perform creative direction for TheALT, a recent addition to the family at PROCTORS and a return, for me, to news design. TheALT is the Capital Region of New York’s only free, alternative news weekly.

We are neither defined completely, nor completely satisfied by, our work, no matter how enjoyable and I am no exception. In addition to the responsibilities of my position, I write and perform rather dark, very short, Regrettable Tales. From the one thousand I have penned, I am now in the process of editing-down to a book of the collection, informed by a few, enthusiastically attended events at galleries and small venues in Albany, Troy and Saratoga Springs.

Photography remains an important piece of who I am and in March 2016, I embarked on a 365 day series of Instagram posts, capturing and posting each day, the black and white portrait of a local contributor to the creative scene, either residing in, or merely passing through while performing, in New York’s Capital Region, soon to become a gallery show. 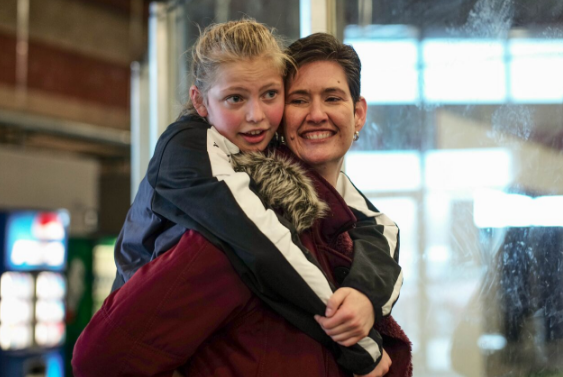 Of all of my vocations and avocations, that of being an Alpha-1 advocate is by far the most rewarding. I employ photography in recording my experiences while at Alpha-1 Foundation events, which began with my first George Washington Bridge Walk in 2013. I had no idea at that time what an important and defining mission in life my recording of the lives of Alphas would become. I was honored to attend and photograph at the 2015 U.S. Food and Drug Administration public meeting on patient-focused drug development in Silver Springs, Maryland. This Alpha event was a once in a lifetime opportunity to bring the issues of living with Alpha-1 before such an important body. Emotions were appropriately raw and spirits very high, as Alphas shared their stories, concerns and fears. 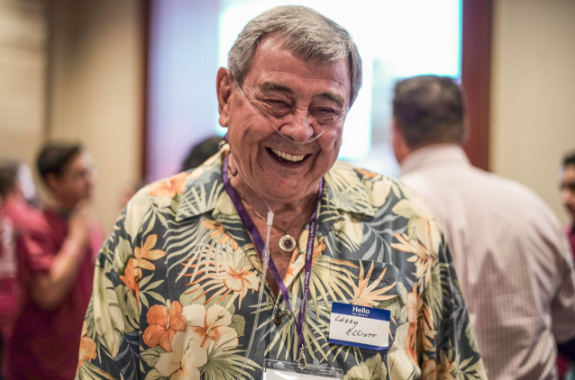 In truly humbling recognition of my efforts so far, I was awarded the Claude Baril Communications Award at the 2016 Alpha-1 National Education Conference in Miami, Florida. In my acceptance speech I vowed to follow all of the Alphas home, to capture their stories wherever they live and to humanize and put a face on our rare condition. I have begun that journey.

I enjoy a busy lifestyle, sometimes interrupted, but never completely derailed, by Alpha-1. A more precise focus on treatment, triggers and nutrition  has  allowed  me  to  engage  in  a  moderate, but very fulfilling fitness   regimen defined  by  exercise,   conscious breathing  techniques and meditation. Soon after the Miami conference, I decided to fill the void in upstate New York by requesting information on beginning a support group here. My group is headed for its third meeting in May 2017 and already shows signs of great camaraderie, support, hope and energy.

I kicked off our first Alpha-1 support meeting with this quote from Anne Frank: “How wonderful it is that nobody 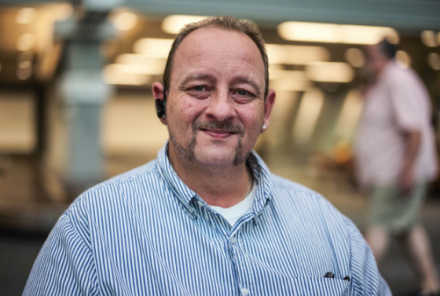 If you are attending the Lisbon events, seek me out, and please allow me to capture another, beautiful Alpha and their story.