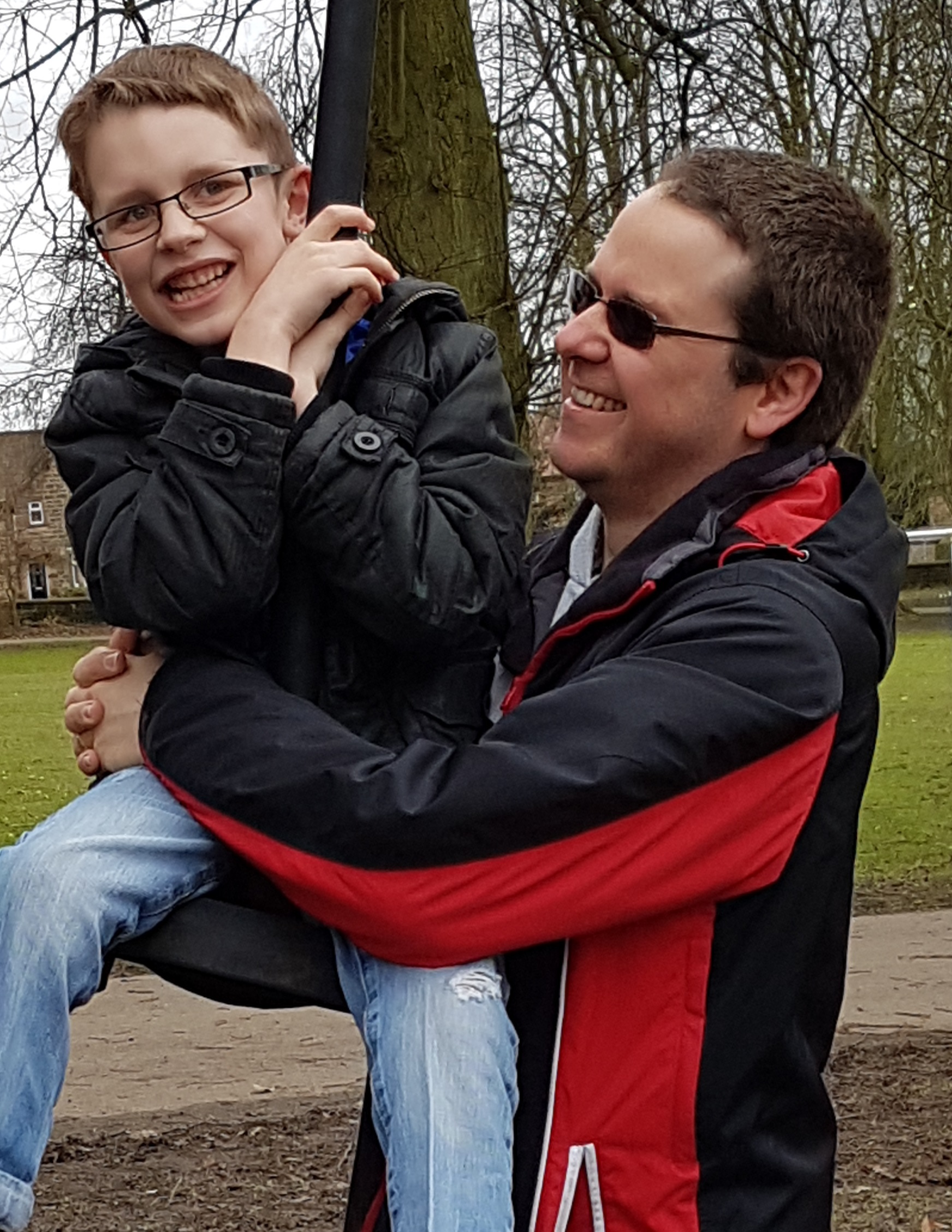 Alan Wooler from Bakewell, Derbyshire, United Kingdom, is our Alpha-1 Leader in Action for this issue. He and his wife Emma are intimately familiar with Alpha-1 through its profound effects on their family. Their son Tyler was diagnosed with Alpha-1 at just a few weeks old and since this scary discovery, Alan has stepped into the Chairman role of the Alpha-1 Awareness UK organisation.

Alan explains: Like most people here, we had never heard of Alpha-1 until our son, Tyler was diagnosed.  He was just a couple of weeks old when we noticed he was jaundice and were told to put him in the sun more and it would go away. It did not go away and at 4 weeks old, he was taken to Derby Hospital where different tests were run on him for a few days. They told us that he had an issue with his liver, but they did not know why.

We were then referred to Birmingham Children’s Hospital and told to go home and wait for a phone call which would approve his admittance for further testing. Once we received the phone call, we would only have just a few hours to drive there and check in before they would offer the bed to someone else; being ready on a moment’s notice would be key. The next day the phone rang and we rushed in the car with our pre-packed bags and drove to Birmingham.

As Emma and I sat in waiting, we wondered and worried over what was wrong with Tyler, as testing continued each day. We were very scared parents. It didn’t help that the hospital was being refurbished; their air conditioning was broken so the hospital was constantly hot and I was forced to sleep on the concrete floor by Tyler’s cot. The hospital wouldn’t even provide a pillow or a sheet; they said they had none spare. Emma was allowed to sleep in a chair as she was feeding our son.  As you can imagine, we did not get much sleep. Some of the tests were quick and simple, while others long and painful for him.

I remember one test where they injected radioactive material into Tyler’s body. He was required to lie down for a chest x-ray which took a photo every few seconds that appeared on their screen. The doctors wanted to monitor the highly glowing liquid as it moved through his body and wanted to track where it went, its speed, and if it became stuck anywhere. The most difficult issue was that you couldn’t ask a 4 ½ week old child to lie still and not move.  Inevitably, Emma had to forcibly hold down his arms and head while I held down his legs to try and stop him from moving. Tyler did not know what was happing or why, he was terrified, so all he did was scream louder and thrash around. It was at that moment in time, we felt like the worst parents in the World and that this was entirely our fault.

Many more tests were performed and there was still no understanding of what was going on and what was wrong with him. One day the liver specialist came to see us and we were told that Tyler had Alpha-1 Antitrypsin Deficiency Disorder (AATD).  We obviously asked what on earth it was and what it meant for him. We were given a very basic understanding that his liver wasn’t producing something; he would need to take a load of different vitamins, and that there was no cure.  We were sent home the next day and were told not to do any research on AATD as we would only see conflicting information. We were given no paperwork, leaflets or anything on the condition.

As soon as we were home, Emma searched on the internet and found the Alpha-1 Foundation in America. They sent us some of their booklets, a badge and even a tie! Additionally, they pointed us in the direction of Alpha-1 Awareness UK and said this organisation would help us. So off we went, emailing this charity and asking for help. They were amazing.  They sent us their booklets and we had long chats with them over email & were invited to an Information Day they were hosting in London that year. We went along and met a lot of other people, all of whom were there for the same reason. The event opened up our minds and while scary at times hearing about mortality rates, we finally started to understand what it was to be an Alpha.

Rising to the Occasion

That was 9 years ago and during those years a lot has changed. Emma was given the role “Parent Support” and I became the “Merchandising Manager”. We were later made Trustees and in February 2018 I took over the Chairman role.  This was a very daunting change for me as I loved the charity so much and wanted to do the previous trustees proud. A lot of changes have been made; some I knew would be well received, and I kept my fingers crossed for other changes. We needed to update a lot, to ensure that we met the supportive needs of our Alpha community.

Who is Alpha-1 Awareness UK?

We are 7 people who live in the UK (many miles away from each other), who are either affected by Alpha-1 or have a blood relative who is. We talk almost every day through email as a committee, discussing all aspects of the charity. We feel it is important that it isn’t run just by the Trustees; the Board have as much right to pose things as well as vote on everything we do. Since we took over the charity last year, we have been busy examining everything we do – how and why we do it and working out if we can make it better. We have changed many things and feel we are in a better position as a result.

Our charity has 3 main goals:

We have created booklets for the newly diagnosed, for parents of Alpha children, for schools and for doctors, so they can learn more about the condition. We also have just released a new leaflet for doctors named “Could Your Patient be an Alpha?” with the help of the Alpha-1 Association of Australia (thank you, Steve Knowles). Additionally, we have 3 children’s booklets for different age groups (thank you Alpha-1 Foundation for allowing us to distribute your books here in the UK).

On the 20th January 2018, we donated £25,000 to Professor David Lomas (University College London, UK), who is doing key research to help find a cure for Alpha-1. Each year we will continue to raise funds to help find the cure that we all want.

Alpha-1 Awareness UK was the first registered Alpha-1 charity in England, Wales and in Scotland.
We may not know as much about the science as others; we may not have as much time to fight the government as 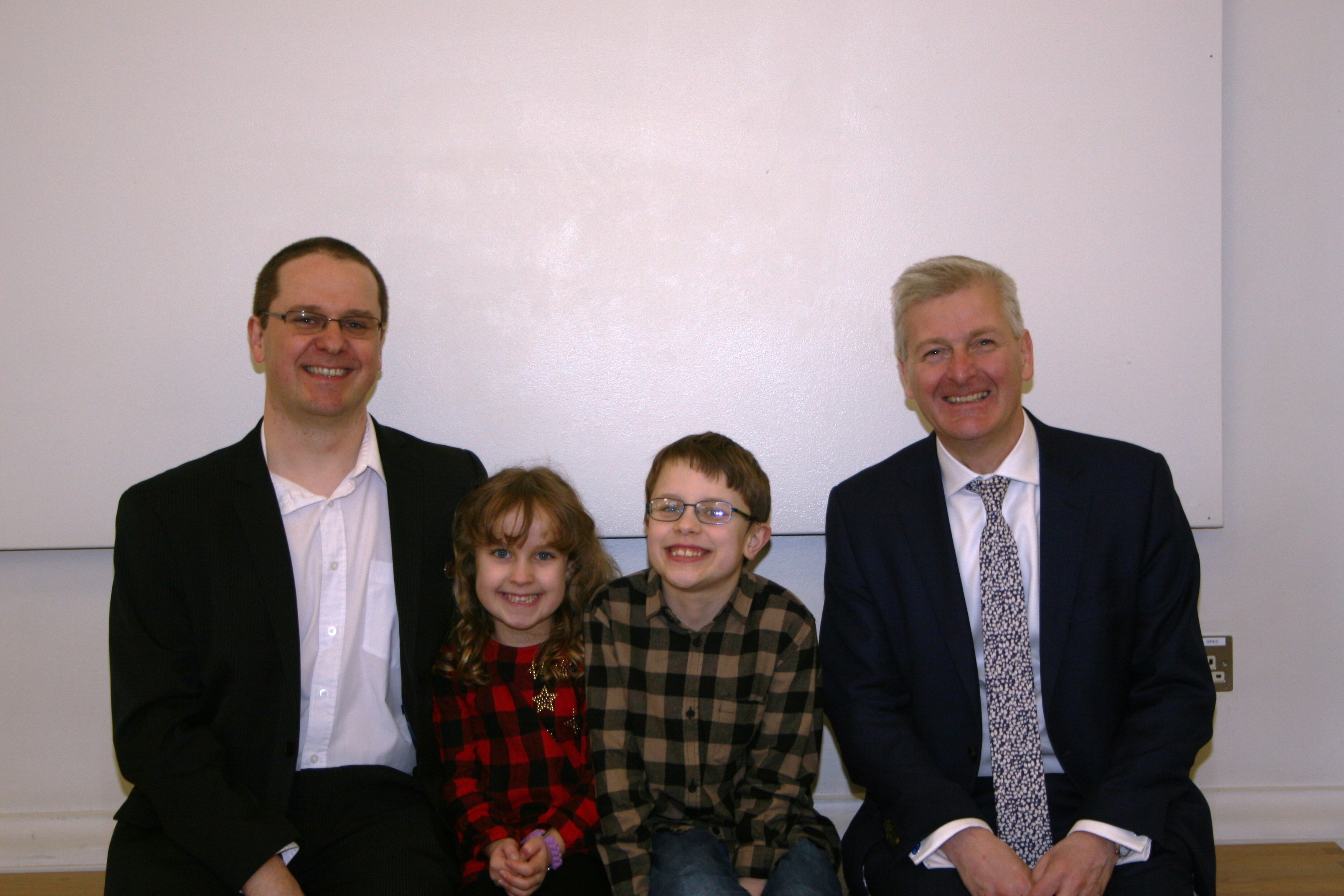 others; but we are here to stay and we are here to make a difference.  We believe in sharing information and want to connect with other Alpha-1 groups and people around the world to work on collaborative projects and bring about more awareness.

There are many ideas we have for future projects, which include ways to help support people – so watch this space. The only thing that will stop us is a cure and for everybody to have access to it. 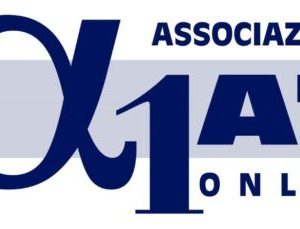